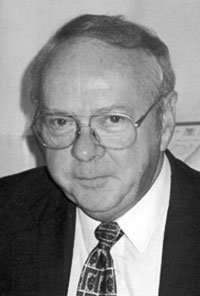 Growing up on a farm in Watertown, Tenn., Powell competed in various sheep and beef projects as part of the Wilson County 4-H Program.

After graduating from the University of Tennessee, Knoxville in 1959 with a degree in animal husbandry, Powell began work as an Extension Agent in Rutherford County, where he served for 10 years. In 1969, Powell and his late wife Charlene returned to Knoxville, where he joined the State 4-H Office staff.

“Implementing programs and activities that helped young people develop into productive citizens is the thing I’m most proud of in my career,” says Powell.

Other key contributions made by Powell include the development of a 4-H awards program, the establishment of a comprehensive literature library, the publishing of Tennessee 4-H History and his efforts to establish the Tennessee 4-H Livestock Exposition, which quickly became one of the largest in the country.

After retiring from the State 4-H Office in 1997, Powell moved back to Watertown in 2002 to resume work on the farm with his son, Mark. Today he still serves as a volunteer for the County 4-H Livestock group and 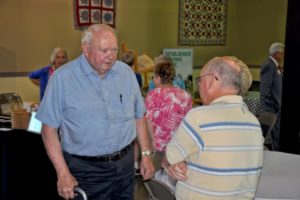 has three granddaughters who are active 4-H members.

1. Where did you grow up and what 4-H Club were you a member of?

I grew up on a farm near Watertown in Wilson County. I was a member of the Watertown 4-H club and Mr. James E. Ward was my first 4-H Agent.

2. What 4-H activities were you involved in?

My 4-H projects were sheep and beef. I showed lambs at the Tennessee junior Lamb Show and beef calves at the Nashville Fat Cattle Show. I attended 4-H Camp in Columbia for four years.

3. What was the biggest lesson you learned from your time in 4-H?

I had very supportive parents and learned that hard work pays off.

4. What is the thing you are most proud of in your career? 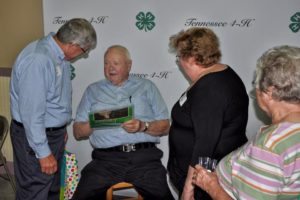 5. If you could give one piece of advice to a 4-H student, what would it be?

Perhaps this is best summed up in a poem given to me by my mother-in-law, Mrs. Leo Hamilton:

“To laugh often and love much;

To win the respect of intelligent persons and the affections of children;

To earn the approbation of honest critics and endure the betrayal of false friends;

To appreciate beauty; to find the best in others; to give one’s self;

To leave the world a bit better, whether by a healthy child, a garden patch or a redeemed social condition;

To have played and laughed with enthusiasm, and sung with exultation;

To know even one life has breathed easier because you have lived – this is to have succeeded.”

6. How has 4-H impacted your life, even after you graduated from the program?

It provided the pathway to my lifelong career as a 4-H Agent and Specialist.

7. How are you still involved in the program?

I serve as a volunteer leader for the County 4-H livestock group. I also have three granddaughters who are active 4-H members.

8. Where are some interesting places you’ve been or things you’ve done thanks to opportunities provided by 4-H?

I attended National 4-H Congresses in Chicago (many times), Memphis and Atlanta as well as the Canadian 4-H Conference and County 4-H Exchange. I also went on trips to Iowa, Massachusetts and Nebraska, as well as to conferences in Washington D.C. and many other places. 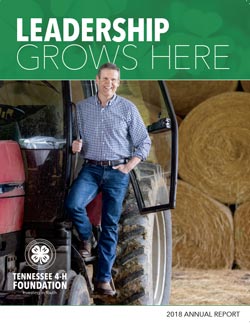