Each year, the Tennessee 4-H program recognizes a supporter who has gone above and beyond to support 4-H Youth Development. The Tennessee 4-H Foundation honors outstanding individuals who have significantly contributed their time and resources to help young people enrolled in 4-H all over the state. 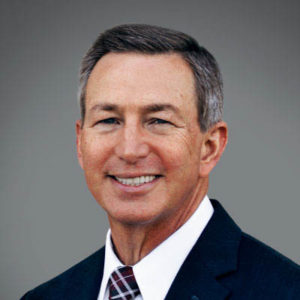 Farm Credit Mid-America has been a long-time supporter of 4-H youth development programs. Investments have focused on scholarships, leadership activities and conferences designed to improve both individuals and the organization as a whole. Additionally, Farm Credit’s efforts support capital investments that will serve many generations to come.

Johnson grew up on a small farm in southern Indiana before attending the University of Evansville, where he received a Bachelor of Science. After completing his undergraduate studies, Johnson earned a Master of Business Administration from Gonzaga University. He is currently pursuing a doctorate at Vanderbilt University. Johnson joined the Farm Credit team in 2001, and today he has more than 35 years of financial services experience.

Under Johnson’s leadership, giving in Tennessee has increased significantly. As an organization, Farm Credit maintains a personal connection, as more than half of employees were members of 4-H and many are still involved as advisors or volunteers. For Johnson, it’s very personal.

“4-H has been a part of my life since grade school,” says Johnson. “It taught me important skills of organization and respect. 4-H also helped me learn how to work as part of a team. Most importantly, my 4-H leaders modeled what it meant to serve and helped us become better people.

“I am very grateful for the time and attention they gave us as part of the 4-H experience.”

Johnson has been both a loyal friend to 4-H and the Tennessee program, and we couldn’t think of anyone more deserving of the award!

PAST FRIENDS OF 4-H RECIPIENTS